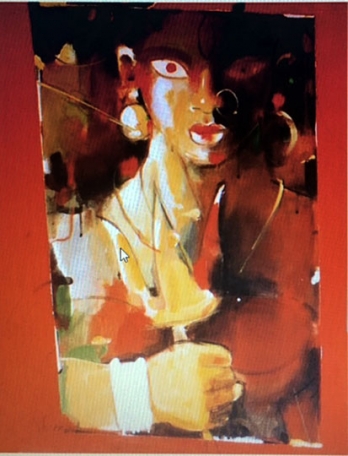 Having lived in Kolkata for the past 25 years, I have been fascinaed by the Pujas....a time when this city comes alive with fun  and traditional rituals.

Over the years I have visited many pandals and am  marvelled at the creativity while making them. Ma Durga is depicted in various interesting ways in accordance with the theme of the pandal. I have on many occasions brought back memories that have inspired me to paint the Goddess. The two images shown in this blog have a striking contrast to one another - on the one hand the image in red depicted the splendour and power and on the other the monochrome to depict that there is a Durga in every woman, the extraordinary in the ordinary. 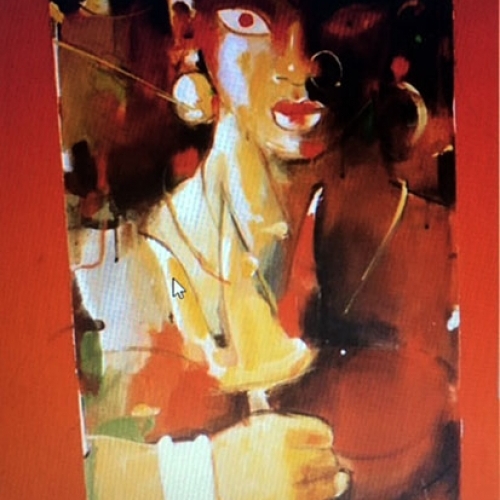 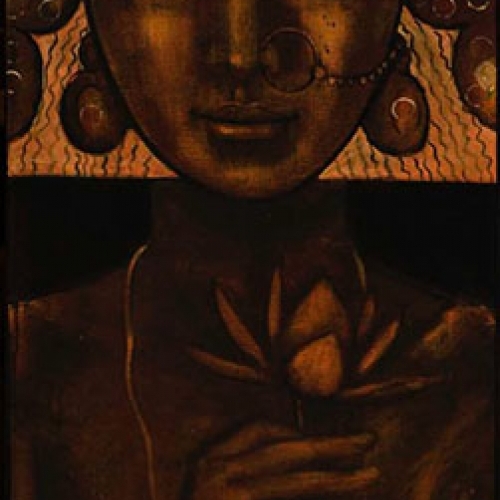