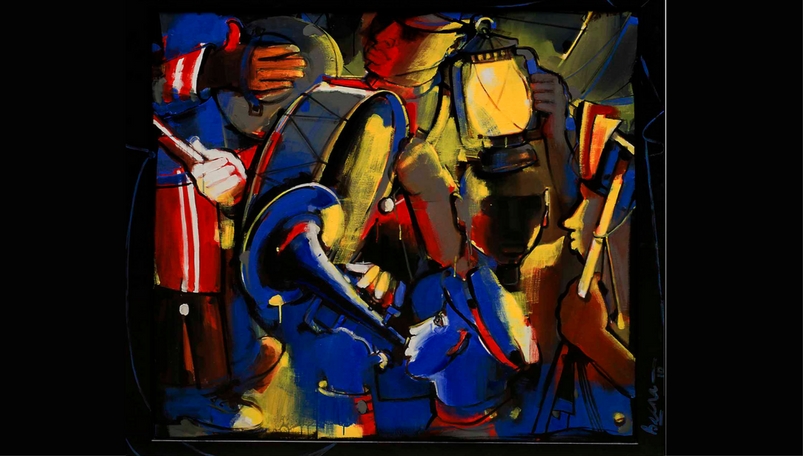 Unlike watercolors and oils, the act of using acrylic paints is a very modern method employed by artists to craft their masterpieces. While the origins of oil paints can be traced way back into the history of Western civilization, acrylic has recently emerged during the course of 20th century. And just like various types of colors, it has got its own unique array of attributes and characteristics, out of which the most prominent ones are durability, immediacy and versatility.

Majority of artists who prefer using acrylic paints mainly do so because the colours are dominantly bright & help to achieve acute lines and brushstrokes. They can be even used for drawing on a wide range of surfaces, a fine example of which is contemporary acrylic paintings on canvas. They also have the wonderful ability to concoct uniformly with other different forms of color.

To put it in simple terms, acrylic paints provide the scope to experiment with varied approaches, along with an ample of creative opportunity for stunning artistic innovation as well as fresh ideas. But it is quite interesting to know how they came into existence.

In the middle of the 19th century, acrylic compounds were synthesized for the first time ever. However, their practicality as painting materials was brought into the limelight by a German chemist named Otto Röhm. During the year 1901, he published a dissertation on polymerization products obtained from the acrylic acid. After that, in 1915, he went on to secure a patent for the polyacrylic ester to be used in drying oils to bind paints, particularly in lacquers and industrial paints.

Acrylic As A Medium Of Artistic Expression

Early experiments with paints of acrylic to create art started in the former years of 20th century. During the 20s and 30s, the Mexican muralists were curious enough to dabble with acrylic paints. In the later years of the 40s, Sam Golden & Leonard Bocour provided a prototype of acrylic paints, which became a tool for many artists to play with. In the 50s, Otto Röhm introduced into the market the very first version of acrylic emulsion designed specifically for paint. By the year 1955, water based paints made from acrylic were rolled out into the market.