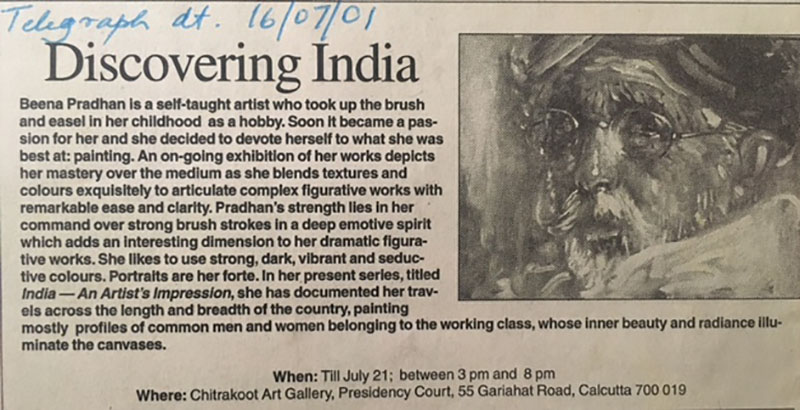 In the early 2000s I made a shift from Watercolor to oil on canvas as I wanted to explore a medium to cover a larger space. I took to impressionism easily and was influenced by the likes of Van Gogh, Goya, Whistler, Gaugain, Venlanquez, Monet, John Singer Sargeant just to name a few of the Great Masters. In this exhibition I tried to capture the diversity of India. Oil painting gave me new freedom of space but being self-taught I could not bring about the fluidity in my work. This show was a stepping stone to the use of larger brushes, changing forms and broader strokes.

The show was received fairly well.