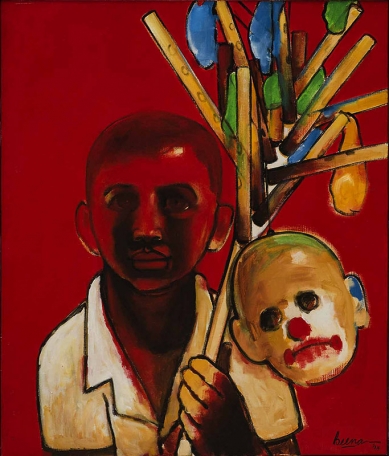 Lost labour - of innocence and ignorance

I did this painting after seeing a child desperately trying to sell balloons at street crossings, often unsucessful. Cars would stop or whiz by, passer-by lost in his or her own world and seldom give this child any attention. I wondered when a day would come when every child has a chance to be in school rather than on the street peddling his/her wares. Is there anything that could be done to see that child labour is banned or are these innocent kids a part of the corrupt nexus that forces them into child labour, begging, prostitution etc.?

The painting is bathed in Vermillion to represent the harshness of reality which is offset with the other primary colors which depict a better tomorrow.